Speedster Keegan van der Merwe, 25, remembers all too well walking from his home in Jukskei Street in Beacon Valley to attend training sessions 30km away, at UWC, in Bellville.

Just to put things into perspective: a casual walk from Mitchell’s Plain to Bellville could easily take about five to six hours.

A steady jog might take four hours at best. A strong runner athlete might do it in three to four hours at a reasonable pace. But that would be by choice.

For Van der Merwe, his long walk to training was born out of necessity and a burning desire to make it to the starting line.

The star sprinter was part of the Western Province Athletics (WPA) team that won bronze in the 4x100m relay event, at Athletics South Africa’s senior national championships, at Tuks Stadium, in Pretoria, at the weekend.

Van der Merwe, along with Roscoe Engel, Darren Riddles and Kyle Green finished third behind Central Gauteng and Gauteng North and ahead of neighbours Boland Athletics, who finished fourth.

The last one to take over the baton, Van der Merwe says he had to draw on all his reserves over the final leg to catch up with the front runners and secure the team a spot on the podium.

Van der Merwe, a member of Itheko Athletics Club, had been in excellent form at WPA qualifiers at Parow Stadium, earlier this year. Although favouring the 200m sprint, Van der Merwe also showed class in the 400m event at Parow and competed in both events at the nationals, reaching the semi-finals in the latter race.

“I am grateful to have been selected as part of the WP squad,” he said.

“This was my first time representing the province and I’m reminded that while at school, I would always miss out by just a spot. Back then, the first three was chosen, but I always came fourth at the schools’ championships.

“And I had to do it all barefoot, until Grade 10, when I got my first pair of spikes,” the former Oval North High School pupil said.

“It wasn’t even sprint spikes, it was long distance spikes, but I won many sprints in them,” he said.

He says he can still see the bright-eyed youngster who was always happy to turn up for training.

“I was proud to see him and a few other athletes requesting to train on their own without a coach,” Porthern said.

“My philosophy is that if you lay the foundation as early as possible. It will stand the athlete in good stead when they start to specialise later in their athletic life. We lose too many athletes because we put too much pressure on them to perform at a young age.

“It is important that they enjoy what they do otherwise they tend to leave the athletic fraternity. I’m glad to see Keegan still enjoys running,” he said.

While starting out his high school career at Portland High, Van der Merwe switched to Oval North in Grade 10. It was here, he says that his then coach Yusuf White motivated him and other athletes to push harder and strive for better times.

“Teachers who started off being hard on me, became much nicer to me when they saw my athletic abilities,” said Van der Merwe.

He also paid tribute to church friends Carmen and Mark Lewin who took him to join his first club, Ultra Athletics, after seeing him running at a church sports day.

He later joined Itheko Athletics Club, then UWC Athletic before switching back to Itheko.

His former rival-turned coach, Jonathan Dreyer, from Strandfontein, took him under his wing a few years ago.

“Last year was supposed to be his breakthrough year, but then Covid struck,” Dreyer said.

“He was recording his best times a few weeks before the lockdown kicked in.

“Keegan is a very hard worker and driven to succeed, “ he said.

“The thing that stands out for me is that he does not let his circumstances hold him back. I believe he has world class potential,” Dreyer said.

“I always knew sacrifices will have to be made despite circumstances,” Van der Merwe said.

Van der Merwe was quick to thank all those who helped him along the way, including his good friend, star middle distance runner Ashley Blokkie Smith, from Eastridge, who intrduced him to Cameron du Toit, who gave him a bike, which which cut his three-hour journey to one and a half.

“I am where I am today, because of the favour of God, the support and prayers of many, family and friends and strangers I met along the way,” he said. 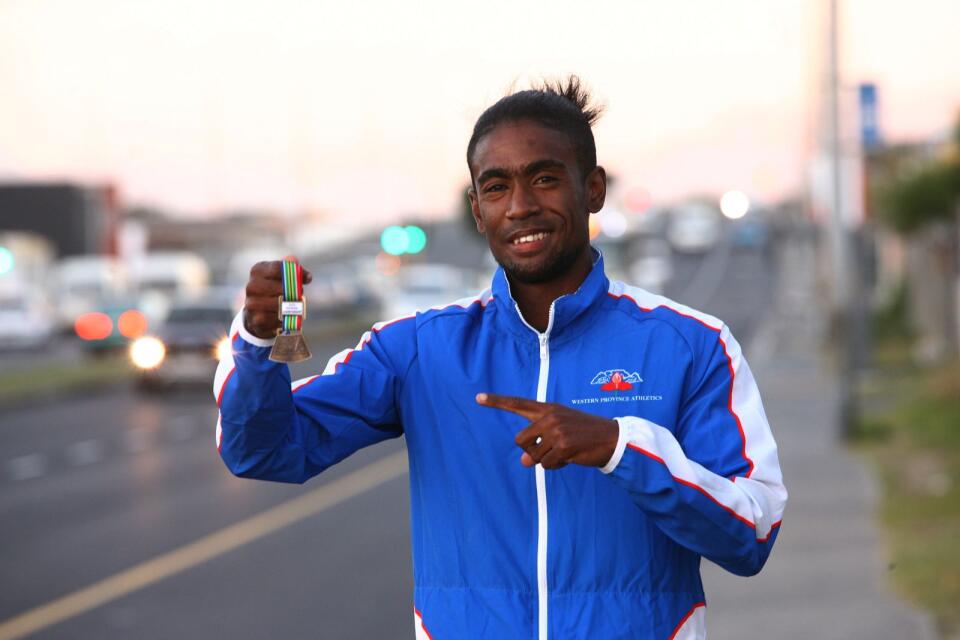 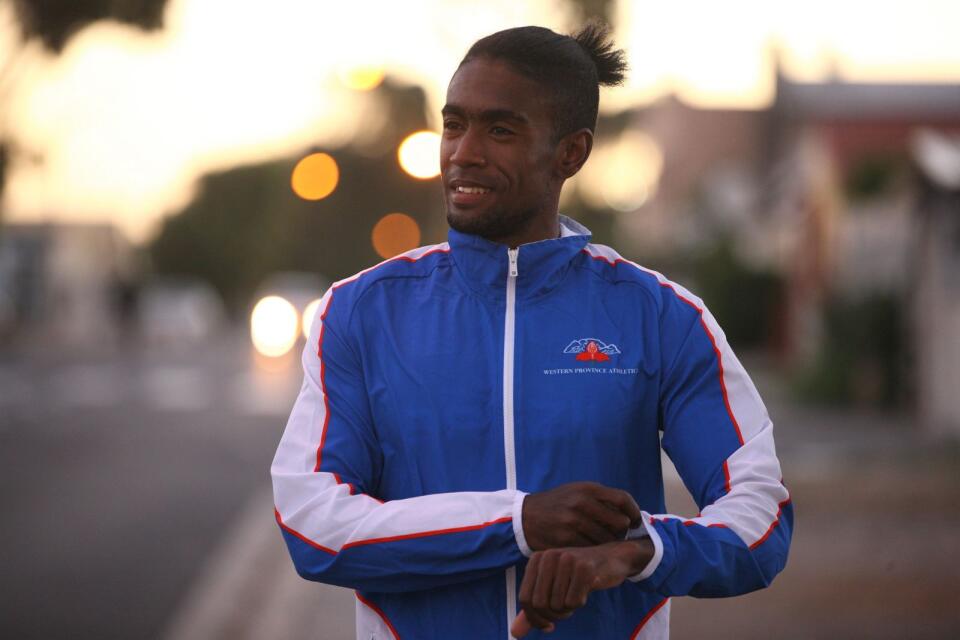